The Antiterrorism and Effective Death Penalty Act of 1996, Pub. L. No. 104-132, 110 Stat. 1214 (also known as AEDPA), is an act of the United States Congress signed into law on April 24, 1996. The bill was introduced by then-Senate Majority Leader Bob Dole and passed with broad bipartisan support by Congress (91-8 in the US Senate, 293-133 in the US House of Representatives) following the 1993 World Trade Center bombing and the 1995 Oklahoma City bombing. It was signed into law by President Bill Clinton.

Although controversial for its changes to the law of habeas corpus in the United States (Title I), upheld in Felker v. Turpin, 518 U.S. 651 (1997), it also contained a number of provisions to "deter terrorism, provide justice for victims, … 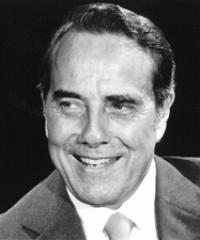 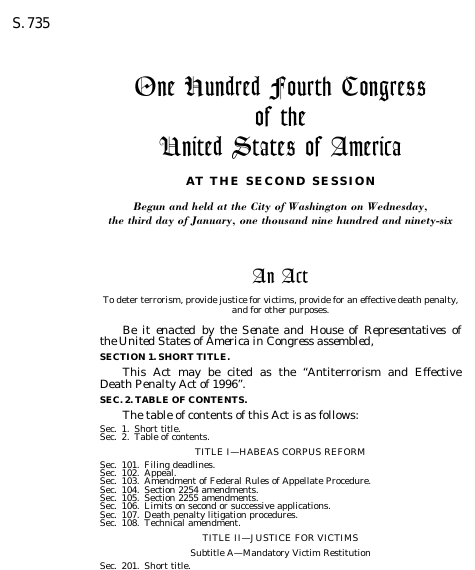 This bill was enacted after being signed by the President on April 24, 1996.

Bills numbers restart every two years. That means there are other bills with the number S. 735. This is the one from the 104th Congress.