H.Con.Res. 408 (106th): Expressing appreciation for the United States service members who were aboard the British transport HMT ROHNA when it sank, the families of these service members, and the rescuers of the HMT ROHNA’s passengers and crew. 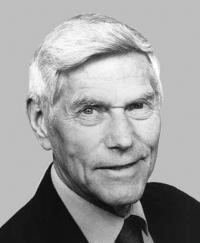 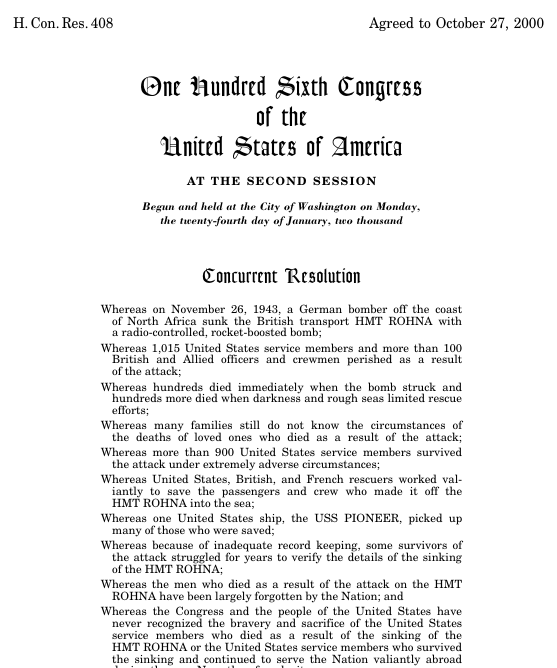 H.Con.Res. 408 (106th) was a concurrent resolution in the United States Congress.

Resolutions numbers restart every two years. That means there are other resolutions with the number H.Con.Res. 408. This is the one from the 106th Congress.

This concurrent resolution was introduced in the 106th Congress, which met from Jan 6, 1999 to Dec 15, 2000. Legislation not passed by the end of a Congress is cleared from the books.

GovTrack.us. (2021). H.Con.Res. 408 — 106th Congress: Expressing appreciation for the United States service members who were aboard the British transport HMT ... Retrieved from https://www.govtrack.us/congress/bills/106/hconres408

Expressing appreciation for the United States service members who were aboard the British transport HMT ROHNA when it sank, the families of these service members, and the rescuers of the HMT ROHNA’s passengers and crew, H.R. Con. Res. 408, 106th Cong. (2000).