S. 1638 (106th): A bill to amend the Omnibus Crime Control and Safe Streets Act of 1968 to extend the retroactive eligibility dates for financial assistance for higher education for spouses and dependent children of Federal, State, and local law enforcement officers who are killed in the line of duty. 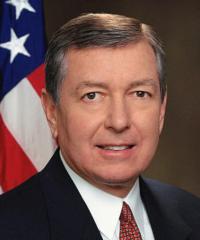 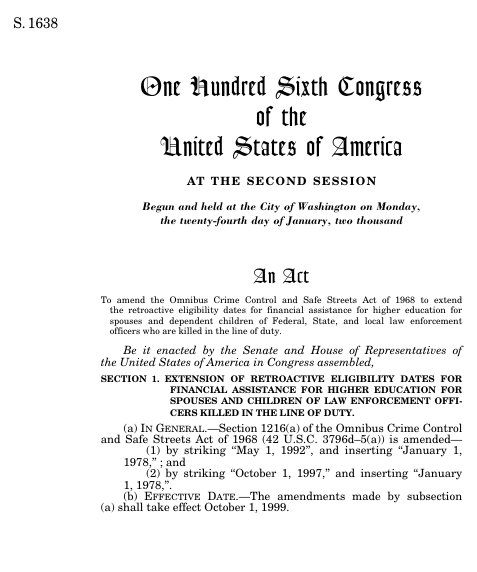 This bill was enacted after being signed by the President on October 2, 2000.

Bills numbers restart every two years. That means there are other bills with the number S. 1638. This is the one from the 106th Congress.

A bill to amend the Omnibus Crime Control and Safe Streets Act of 1968 to extend the retroactive eligibility dates for financial assistance for higher education for spouses and dependent children of Federal, State, and local law enforcement officers who are killed in the line of duty, Pub. L. No. 106-276, S. 1638, 106th Cong. (2000).