S. 3147 (106th): A bill to authorize the establishment, on land of the Department of the Interior in the District of Columbia or its environs, of a memorial and gardens in honor and commemoration of Frederick Douglass. 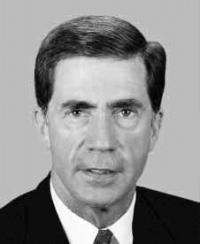 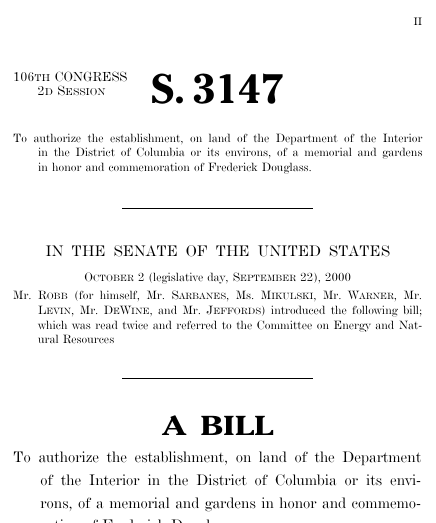 This bill was introduced on October 2, 2000, in a previous session of Congress, but it did not receive a vote.

Bills numbers restart every two years. That means there are other bills with the number S. 3147. This is the one from the 106th Congress.

A bill to authorize the establishment, on land of the Department of the Interior in the District of Columbia or its environs, of a memorial and gardens in honor and commemoration of Frederick Douglass, S. 3147, 106th Cong. (2000).