S.Con.Res. 139 (107th): A concurrent resolution expressing the sense of Congress that there should be established a National Minority Health and Health Disparities Month, and for other purposes. 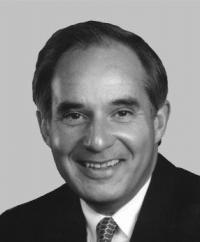 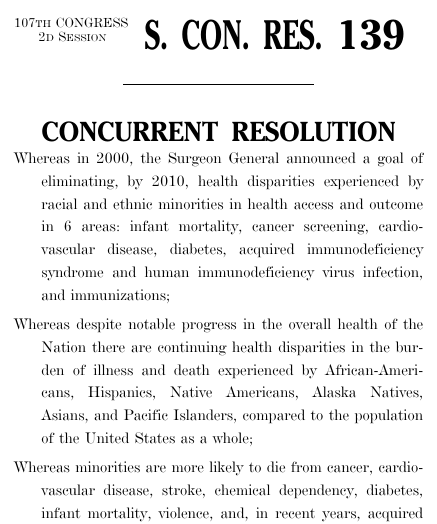 This resolution was introduced in a previous session of Congress and was passed by the Senate on October 3, 2002 but was never passed by the House.

S.Con.Res. 139 (107th) was a concurrent resolution in the United States Congress.

Resolutions numbers restart every two years. That means there are other resolutions with the number S.Con.Res. 139. This is the one from the 107th Congress.

This concurrent resolution was introduced in the 107th Congress, which met from Jan 3, 2001 to Nov 22, 2002. Legislation not passed by the end of a Congress is cleared from the books.

GovTrack.us. (2021). S.Con.Res. 139 — 107th Congress: A concurrent resolution expressing the sense of Congress that there should be established a National ... Retrieved from https://www.govtrack.us/congress/bills/107/sconres139

A concurrent resolution expressing the sense of Congress that there should be established a National Minority Health and Health Disparities Month, and for other purposes, S. Con. Res. 139, 107th Cong. (2002).