H.R. 1273 (108th): To designate a United States courthouse to be constructed in Fresno, California, as the “Robert E. Coyle United States Courthouse”. 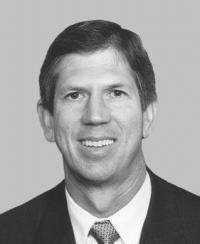 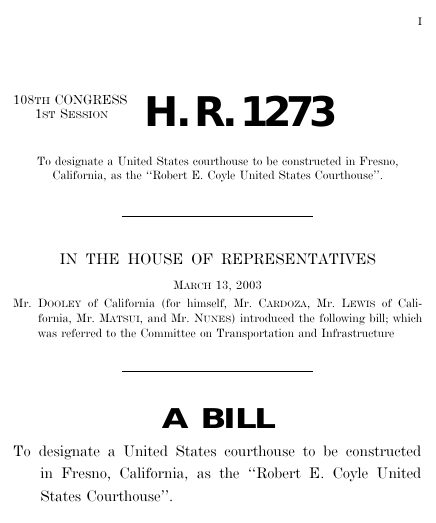 This bill was introduced on March 13, 2003, in a previous session of Congress, but it did not receive a vote.

Bills numbers restart every two years. That means there are other bills with the number H.R. 1273. This is the one from the 108th Congress.

To designate a United States courthouse to be constructed in Fresno, California, as the “Robert E. Coyle United States Courthouse”, H.R. 1273, 108th Cong. (2003).