To ensure that members of the Armed Forces who are married and have minor dependents are eligible for military family housing containing more than two bedrooms. 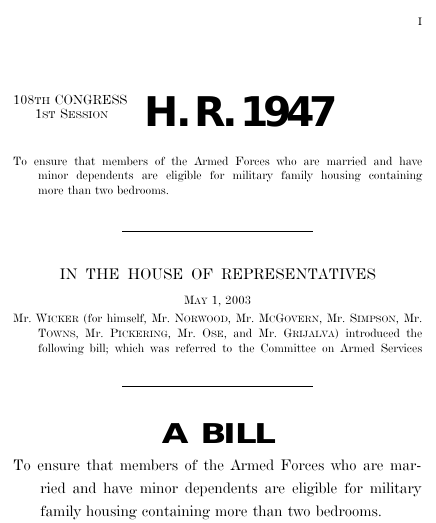 This bill was introduced on May 1, 2003, in a previous session of Congress, but it did not receive a vote.

Bills numbers restart every two years. That means there are other bills with the number H.R. 1947. This is the one from the 108th Congress.