The Unborn Victims of Violence Act of 2004 (Public Law 108-212) is a United States law which recognizes an embryo or fetus in utero as a legal victim, if they are injured or killed during the commission of any of over 60 listed federal crimes of violence. The law defines "child in utero" as "a member of the species Homo sapiens, at any stage of development, who is carried in the womb".

The law applies only to certain offenses over which the United States government has jurisdiction, including certain crimes committed on federal properties, against certain ... 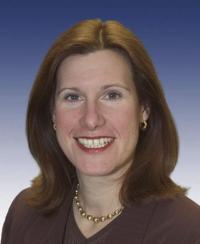 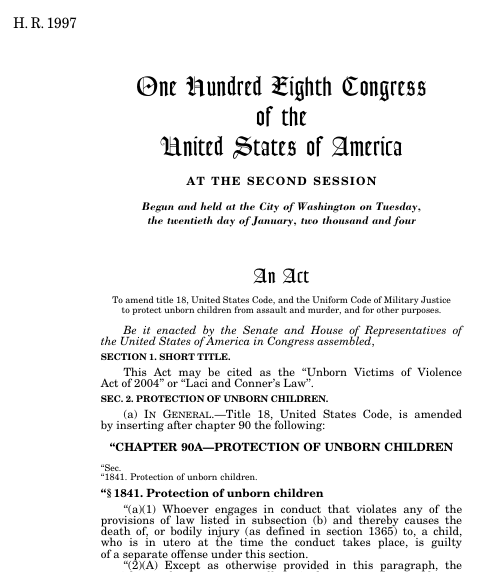 This bill was enacted after being signed by the President on April 1, 2004.

“Lofgren Amendment Deters and Punishes Violent Acts Against Pregnant Women Without Interjecting the A”
— Rep. Zoe Lofgren [D-CA19] on Feb 26, 2004

Bills numbers restart every two years. That means there are other bills with the number H.R. 1997. This is the one from the 108th Congress.