H.R. 4450 (108th): To authorize the Government of Ukraine to establish a memorial on Federal land in the District of Columbia to honor the victims of the Ukrainian famine-genocide of 1932-1933. 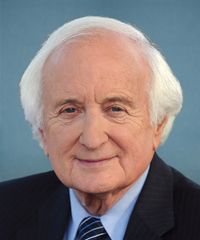 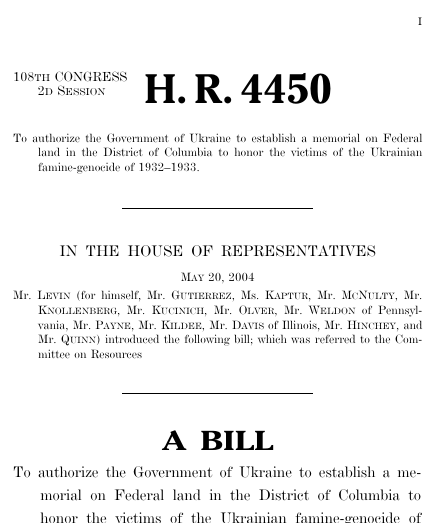 This bill was introduced on May 20, 2004, in a previous session of Congress, but it did not receive a vote.

Bills numbers restart every two years. That means there are other bills with the number H.R. 4450. This is the one from the 108th Congress.

To authorize the Government of Ukraine to establish a memorial on Federal land in the District of Columbia to honor the victims of the Ukrainian famine-genocide of 1932-1933, H.R. 4450, 108th Cong. (2004).