The Prison Rape Elimination Act of 2003 (PREA) is the first United States federal law intended to deter the sexual assault of prisoners. The bill was signed into law on September 4, 2003. 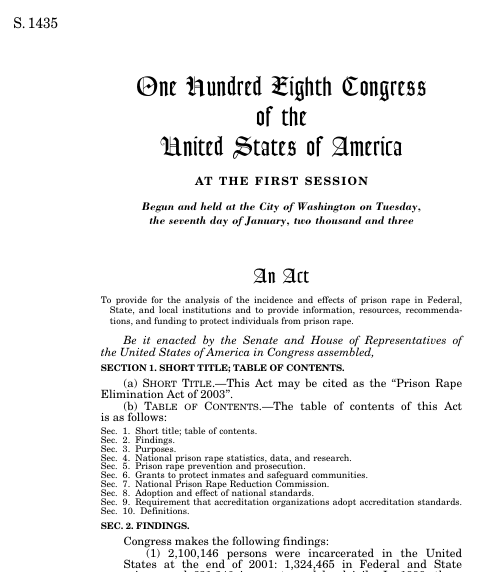 This bill was enacted after being signed by the President on September 4, 2003.

Bills numbers restart every two years. That means there are other bills with the number S. 1435. This is the one from the 108th Congress.