A bill to designate certain National Forest System land in the Commonwealth of Puerto Rico as components of the National Wilderness Preservation System. 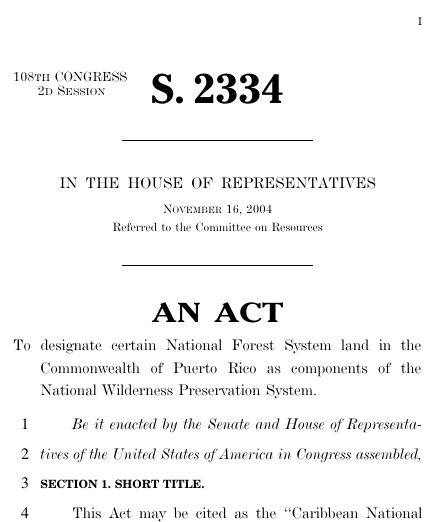 This bill was introduced in a previous session of Congress and was passed by the Senate on October 10, 2004 but was never passed by the House.

Bills numbers restart every two years. That means there are other bills with the number S. 2334. This is the one from the 108th Congress.