The Intelligence Reform and Terrorism Prevention Act of 2004 (IRTPA) is a 235-page Act of Congress, signed by President George W. Bush, that broadly affects United States federal terrorism laws. The act comprises several separate titles with varying subject issues. It was enacted in response to the terror attacks of September 11, 2001. 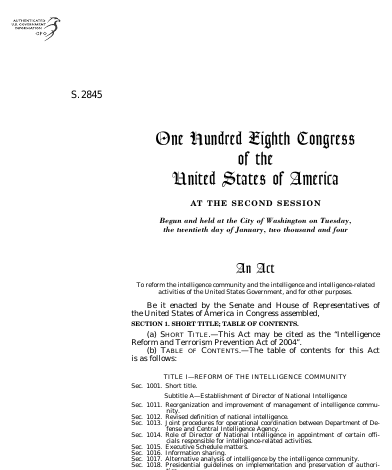 This bill was enacted after being signed by the President on December 17, 2004.

Bills numbers restart every two years. That means there are other bills with the number S. 2845. This is the one from the 108th Congress.