The Partial-Birth Abortion Ban Act of 2003 (Pub.L. 108–105, 117 Stat. 1201, enacted November 5, 2003, 18 U.S.C. § 1531, PBA Ban) is a United States law prohibiting a form of late termination of pregnancy called "partial-birth abortion," referred to in medical literature by as intact dilation and extraction. Under this law, "Any physician who, in or affecting interstate or foreign commerce, knowingly performs a partial-birth abortion and thereby kills a human fetus shall be fined under this title or imprisoned not more than 2 years, or both." The law was enacted in 2003, and in 2007 its constitutionality was upheld by the U.S. Supreme Court, in the case of Gonzales v. Carhart. 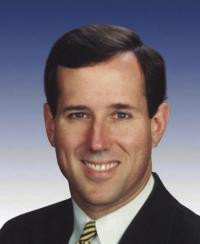 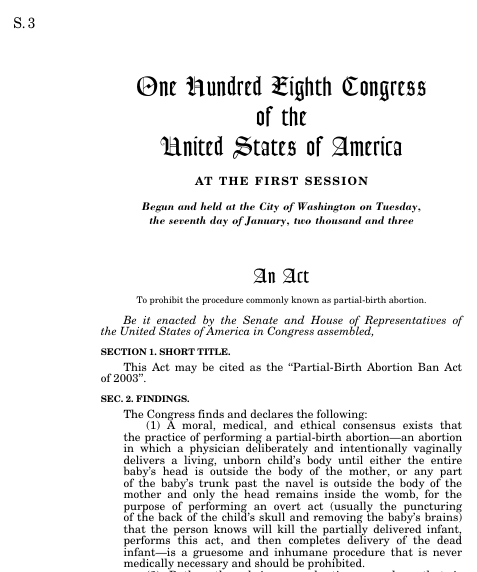 This bill was enacted after being signed by the President on November 5, 2003.

Bills numbers restart every two years. That means there are other bills with the number S. 3. This is the one from the 108th Congress.