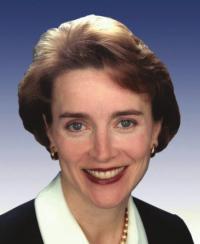 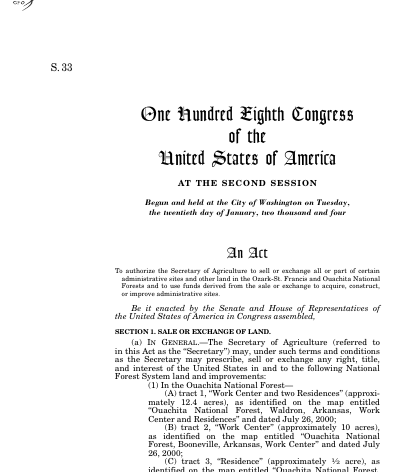 This bill was enacted after being signed by the President on October 21, 2004.

Bills numbers restart every two years. That means there are other bills with the number S. 33. This is the one from the 108th Congress.

A bill to authorize the Secretary of Agriculture to sell or exchange all or part of certain administrative sites and other land in the Ozark-St. Francis and Ouachita National Forests and to use funds derived from the sale or exchange to acquire, construct, or improve administrative sites, Pub. L. No. 108-350, S. 33, 108th Cong. (2004).