S.Con.Res. 126 (108th): A concurrent resolution condemning the attack on the AMIA Jewish Community Center in Buenos Aires, Argentina, in July 1994, and expressing the concern of the United States regarding the continuing, decade-long delay in the resolution of this case. 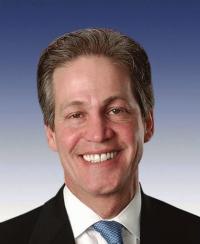 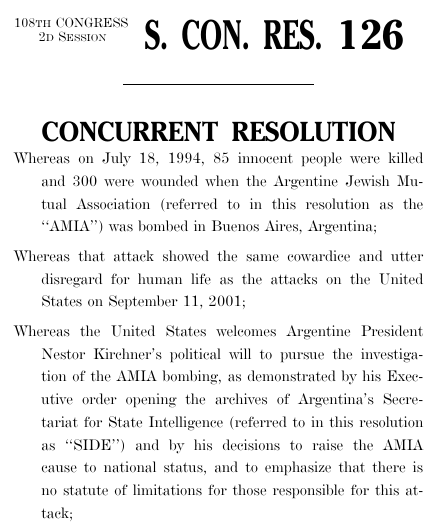 This resolution was introduced in a previous session of Congress and was passed by the Senate on July 22, 2004 but was never passed by the House.

S.Con.Res. 126 (108th) was a concurrent resolution in the United States Congress.

Resolutions numbers restart every two years. That means there are other resolutions with the number S.Con.Res. 126. This is the one from the 108th Congress.

A concurrent resolution condemning the attack on the AMIA Jewish Community Center in Buenos Aires, Argentina, in July 1994, and expressing the concern of the United States regarding the continuing, decade-long delay in the resolution of this case, S. Con. Res. 126, 108th Cong. (2004).