H.Con.Res. 235 (109th): Expressing the sense of the Congress that States should require candidates for driver’s licenses to demonstrate an ability to exercise greatly increased caution when driving in the proximity of a potentially visually impaired individual. 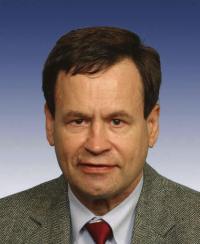 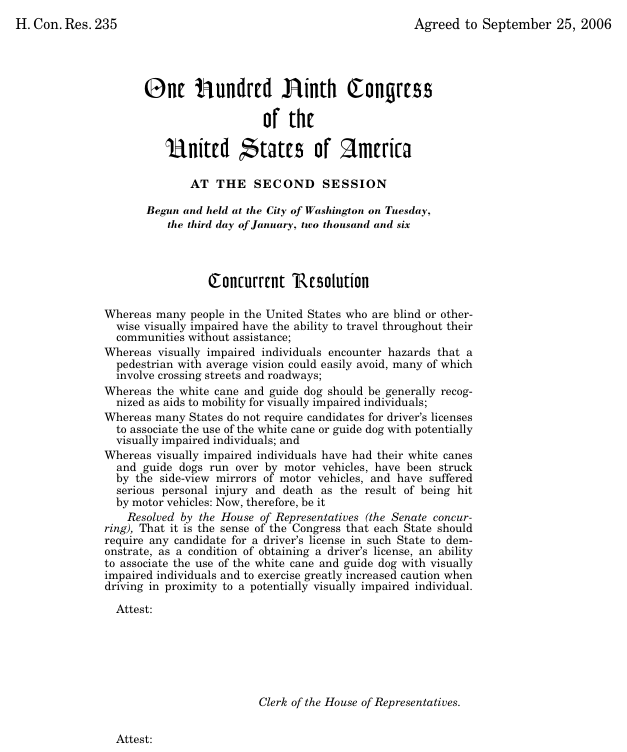 H.Con.Res. 235 (109th) was a concurrent resolution in the United States Congress.

Resolutions numbers restart every two years. That means there are other resolutions with the number H.Con.Res. 235. This is the one from the 109th Congress.

GovTrack.us. (2023). H.Con.Res. 235 — 109th Congress: Expressing the sense of the Congress that States should require candidates for driver’s licenses to …. Retrieved from https://www.govtrack.us/congress/bills/109/hconres235

Expressing the sense of the Congress that States should require candidates for driver’s licenses to demonstrate an ability to exercise greatly increased caution when driving in the proximity of a potentially visually impaired individual, H.R. Con. Res. 235, 109th Cong. (2005).