H.R. 1986 (109th): To amend title 10, United States Code, to authorize the Secretary of Defense to assign members of the Army, Navy, Air Force, and Marine Corps, under certain circumstances and subject to certain conditions, to assist the Department of Homeland Security in the performance of border protection functions. 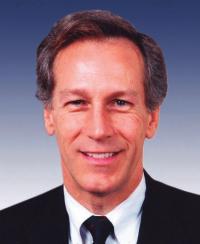 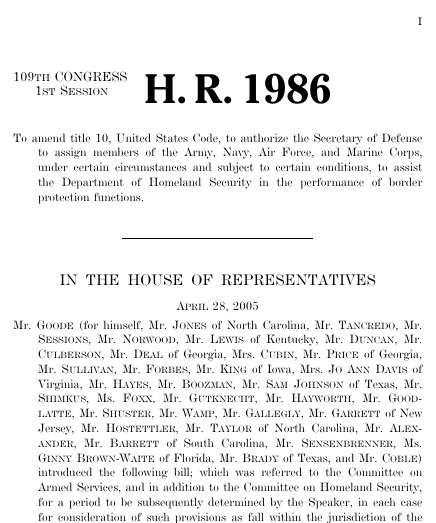 This bill was introduced on April 28, 2005, in a previous session of Congress, but it did not receive a vote.

Bills numbers restart every two years. That means there are other bills with the number H.R. 1986. This is the one from the 109th Congress.

To amend title 10, United States Code, to authorize the Secretary of Defense to assign members of the Army, Navy, Air Force, and Marine Corps, under certain circumstances and subject to certain conditions, to assist the Department of Homeland Security in the performance of border protection functions, H.R. 1986, 109th Cong. (2005).