H.R. 2192 (109th): To amend title II of the Social Security Act to repeal the 7-year restriction on eligibility for widow’s and widower’s insurance benefits based on disability. 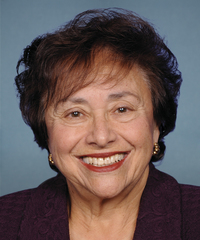 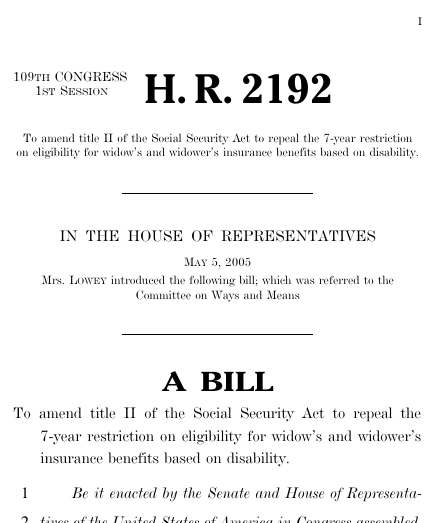 This bill was introduced on May 5, 2005, in a previous session of Congress, but it did not receive a vote.

Bills numbers restart every two years. That means there are other bills with the number H.R. 2192. This is the one from the 109th Congress.

To amend title II of the Social Security Act to repeal the 7-year restriction on eligibility for widow’s and widower’s insurance benefits based on disability, H.R. 2192, 109th Cong. (2005).