H.R. 5589 (109th): To direct the Secretary of Homeland Security to transfer to United States Immigration and Customs Enforcement all functions of the Customs Patrol Officers unit operating on the Tohono O’odham Indian reservation. 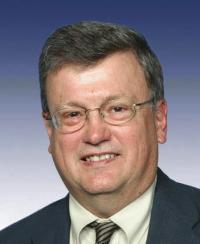 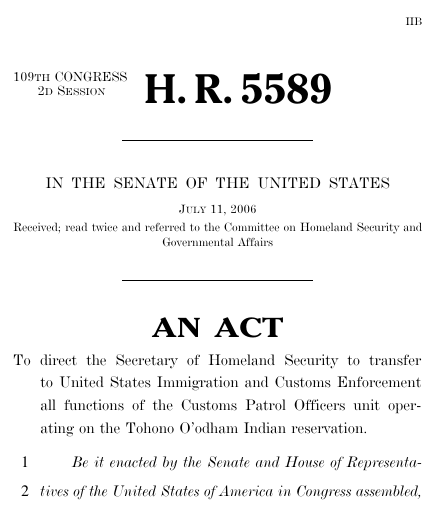 This bill was introduced in a previous session of Congress and was passed by the House on July 10, 2006 but was never passed by the Senate.

Bills numbers restart every two years. That means there are other bills with the number H.R. 5589. This is the one from the 109th Congress.

GovTrack.us. (2022). H.R. 5589 — 109th Congress: To direct the Secretary of Homeland Security to transfer to United States Immigration and Customs …. Retrieved from https://www.govtrack.us/congress/bills/109/hr5589

To direct the Secretary of Homeland Security to transfer to United States Immigration and Customs Enforcement all functions of the Customs Patrol Officers unit operating on the Tohono O’odham Indian reservation, H.R. 5589, 109th Cong. (2006).