H.R. 634 (109th): To designate Poland as a program country under the visa waiver program established under section 217 of the Immigration and Nationality Act, subject to special conditions. 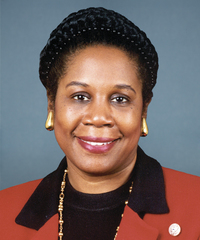 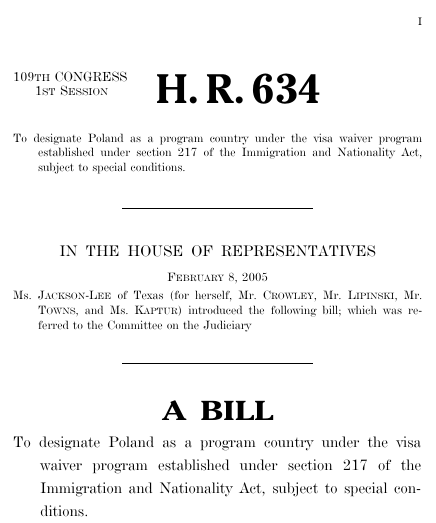 This bill was introduced on February 8, 2005, in a previous session of Congress, but it did not receive a vote.

Bills numbers restart every two years. That means there are other bills with the number H.R. 634. This is the one from the 109th Congress.

GovTrack.us. (2023). H.R. 634 — 109th Congress: To designate Poland as a program country under the visa waiver program established under section …. Retrieved from https://www.govtrack.us/congress/bills/109/hr634

To designate Poland as a program country under the visa waiver program established under section 217 of the Immigration and Nationality Act, subject to special conditions, H.R. 634, 109th Cong. (2005).