H.R. 915 (109th): Cultural Conservation of the Crossroads of Civilization Act

To authorize the President to take certain actions to protect archaeological or ethnological materials of Afghanistan. 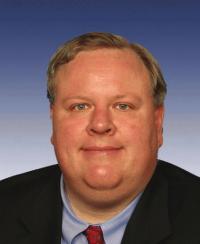 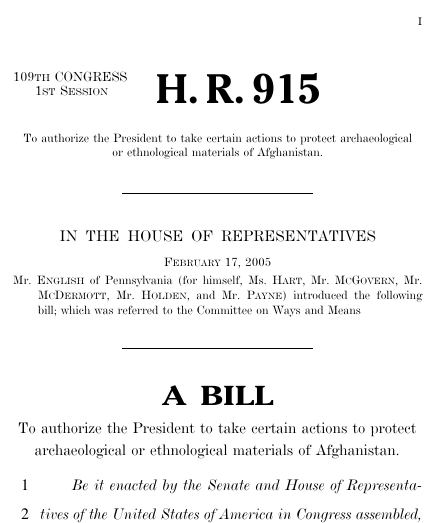 This bill was introduced on February 17, 2005, in a previous session of Congress, but it did not receive a vote.

Bills numbers restart every two years. That means there are other bills with the number H.R. 915. This is the one from the 109th Congress.