S. 1550 (109th): A bill to extend until September 30, 2008, changes to requirements for admission of nonimmigrant nurses in health professional shortage areas made by the Nursing Relief for Disadvantaged Areas Act of 1999, and for other purposes. 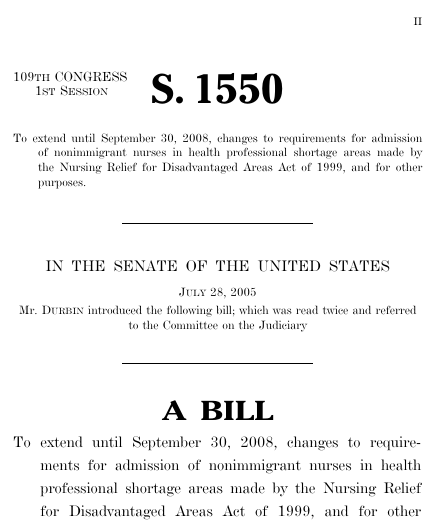 Bills numbers restart every two years. That means there are other bills with the number S. 1550. This is the one from the 109th Congress.

A bill to extend until September 30, 2008, changes to requirements for admission of nonimmigrant nurses in health professional shortage areas made by the Nursing Relief for Disadvantaged Areas Act of 1999, and for other purposes, S. 1550, 109th Cong. (2005).