A bill to clarify that individuals who receive FISA orders can challenge nondisclosure requirements, that individuals who receive national security letters are not required to disclose the name of their attorney, that libraries are not wire or electronic communication service providers unless they provide specific services, and for other purposes. 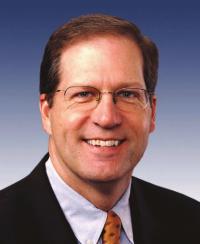 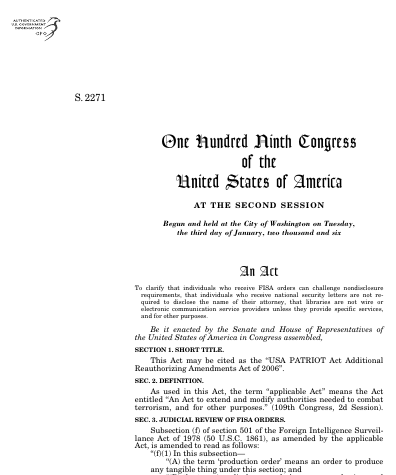 This bill was enacted after being signed by the President on March 9, 2006.

Bills numbers restart every two years. That means there are other bills with the number S. 2271. This is the one from the 109th Congress.