The Federal Funding Accountability and Transparency Act of 2006 (S. 2590) is an Act of Congress that requires the full disclosure to the public of all entities or organizations receiving federal funds beginning in fiscal year (FY) 2007. The website USAspending.gov opened in December 2007 as a result of the act, and is maintained by the Office of Management and Budget. The Congressional Budget Office estimates S. 2590 will cost $15 million over its authorized time period of 2007–2011.

The bill was introduced by Senator Tom Coburn, for himself and Senators Barack Obama, Tom Carper and John McCain on April 6, 2006. After two "secret holds" placed by Senators Ted Stevens, a Republican, and Robert Byrd, a Democrat were revealed and removed, it was passed unanimously in the ... 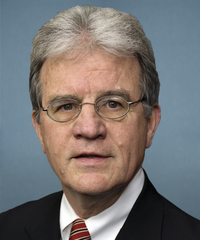 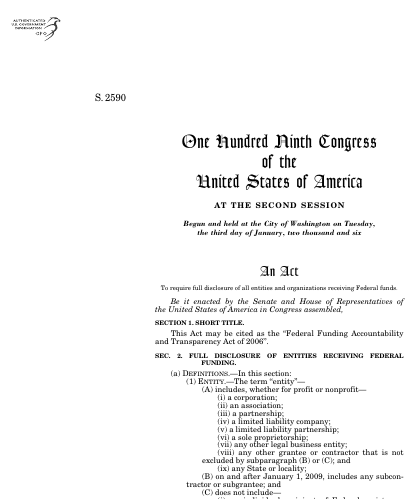 This bill was enacted after being signed by the President on September 26, 2006.

Bills numbers restart every two years. That means there are other bills with the number S. 2590. This is the one from the 109th Congress.