A bill to improve access to and appropriate utilization of valid, reliable and accurate molecular genetic tests by all populations thus helping to secure the promise of personalized medicine for all Americans. 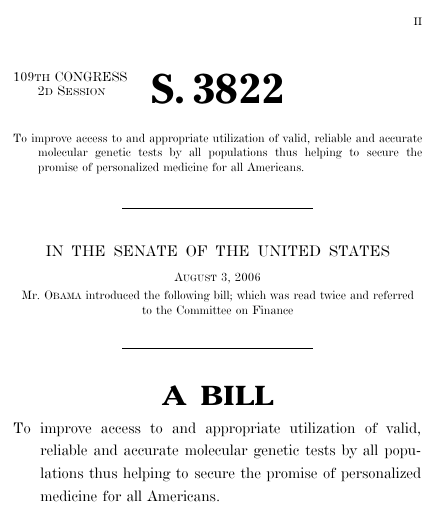 This bill was introduced on August 3, 2006, in a previous session of Congress, but it did not receive a vote.

Bills numbers restart every two years. That means there are other bills with the number S. 3822. This is the one from the 109th Congress.