S. 3862 (109th): A bill to amend the Animal Health Protection Act to prohibit the Secretary of Agriculture from implementing or carrying out a National Animal Identification System or similar requirement, to prohibit the use of Federal funds to carry out such a requirement, and to require the Secretary to protect information obtained as part of any voluntary animal identification system. 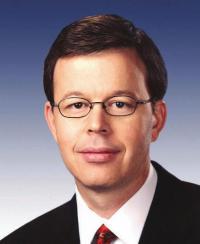 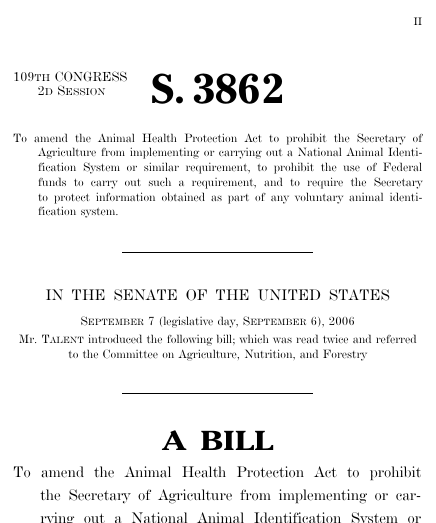 This bill was introduced on September 7, 2006, in a previous session of Congress, but it did not receive a vote.

Bills numbers restart every two years. That means there are other bills with the number S. 3862. This is the one from the 109th Congress.

A bill to amend the Animal Health Protection Act to prohibit the Secretary of Agriculture from implementing or carrying out a National Animal Identification System or similar requirement, to prohibit the use of Federal funds to carry out such a requirement, and to require the Secretary to protect information obtained as part of any voluntary animal identification system, S. 3862, 109th Cong. (2006).