H.Res. 130 (110th): Congratulating the National Football League champion Indianapolis Colts for winning Super Bowl XLI and for bringing the City of Indianapolis and the State of Indiana their first Lombardi Trophy. 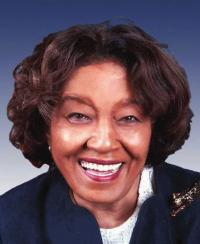 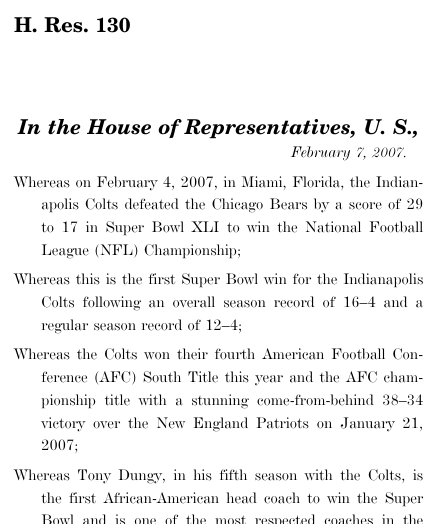 Congratulating the National Football League champion Indianapolis Colts for winning Super Bowl XLI and for bringing the City of Indianapolis and the State of Indiana their first Lombardi Trophy, H.R. Res. 130, 110th Cong. (2007).