H.Res. 508 (110th): Recognizing the strong security alliance between the Government of Japan and the United States and expressing appreciation to Japan for its role in enhancing stability in the Asia-Pacific region and its efforts in the global war against terrorism. 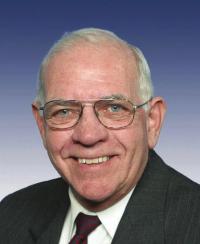 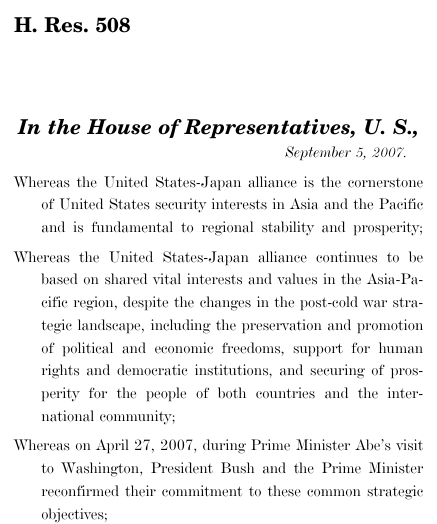 Resolutions numbers restart every two years. That means there are other resolutions with the number H.Res. 508. This is the one from the 110th Congress.

GovTrack.us. (2021). H.Res. 508 — 110th Congress: Recognizing the strong security alliance between the Government of Japan and the United States and ... Retrieved from https://www.govtrack.us/congress/bills/110/hres508

Recognizing the strong security alliance between the Government of Japan and the United States and expressing appreciation to Japan for its role in enhancing stability in the Asia-Pacific region and its efforts in the global war against terrorism, H.R. Res. 508, 110th Cong. (2007).