H.Res. 827 (110th): Honoring and recognizing the achievements of Carl Stokes, the first African-American mayor of a major American city, in the 40th year since his election as Mayor of Cleveland, Ohio. 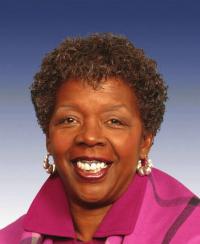 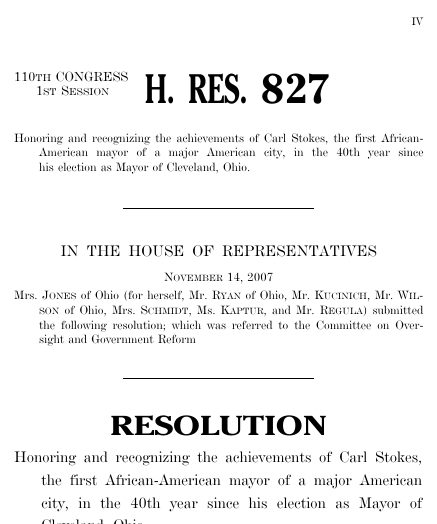 This resolution was introduced on November 14, 2007, in a previous session of Congress, but it did not receive a vote.

Resolutions numbers restart every two years. That means there are other resolutions with the number H.Res. 827. This is the one from the 110th Congress.

GovTrack.us. (2020). H.Res. 827 — 110th Congress: Honoring and recognizing the achievements of Carl Stokes, the first African-American mayor of a major ... Retrieved from https://www.govtrack.us/congress/bills/110/hres827

Honoring and recognizing the achievements of Carl Stokes, the first African-American mayor of a major American city, in the 40th year since his election as Mayor of Cleveland, Ohio, H.R. Res. 827, 110th Cong. (2007).