A bill to provide for limitations in certain communications between the Department of Justice and the White House Office relating to civil and criminal investigations, and for other purposes. 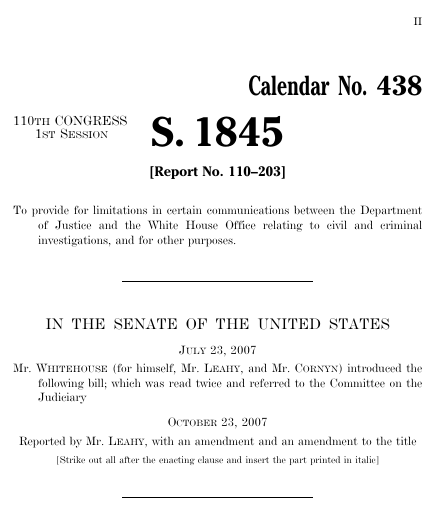 This bill was introduced on September 20, 2007, in a previous session of Congress, but it did not receive a vote.

Bills numbers restart every two years. That means there are other bills with the number S. 1845. This is the one from the 110th Congress.