A bill to amend title XIX of the Social Security Act to establish a State plan option under Medicaid to provide an all-inclusive program of care for children who are medically fragile or have one or more chronic conditions that impede their ability to function. 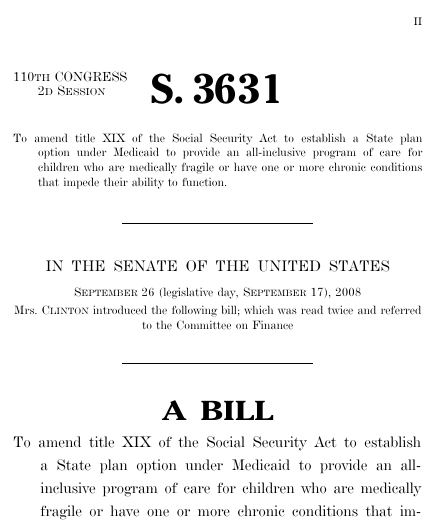 This bill was introduced on September 26, 2008, in a previous session of Congress, but it did not receive a vote.

Bills numbers restart every two years. That means there are other bills with the number S. 3631. This is the one from the 110th Congress.