H.Con.Res. 291 (111th): Celebrating 130 years of United States-Romanian diplomatic relations, congratulating the Romanian people on their achievements as a great nation, and reaffirming the deep bonds of trust and values between the United States and Romania, a trusted and most valued ally. 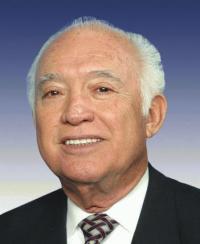 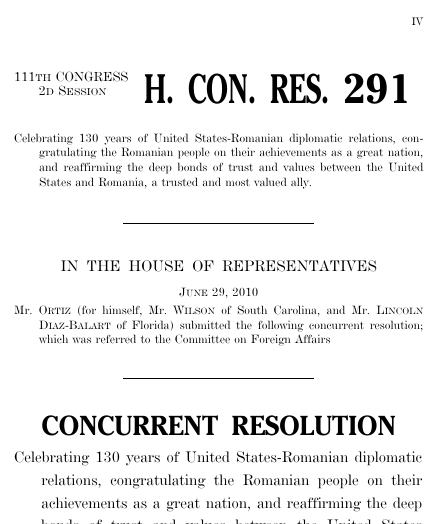 This resolution was introduced on June 29, 2010, in a previous session of Congress, but it did not receive a vote.

H.Con.Res. 291 (111th) was a concurrent resolution in the United States Congress.

Resolutions numbers restart every two years. That means there are other resolutions with the number H.Con.Res. 291. This is the one from the 111th Congress.

Celebrating 130 years of United States-Romanian diplomatic relations, congratulating the Romanian people on their achievements as a great nation, and reaffirming the deep bonds of trust and values between the United States and Romania, a trusted and most valued ally, H.R. Con. Res. 291, 111th Cong. (2010).