H.R. 1503 (111th): To amend the Federal Election Campaign Act of 1971 to require the principal campaign committee of a candidate for election to the office of President to include with the committee’s statement of organization a copy of the candidate’s birth certificate, together with such other documentation as may be necessary to establish that the candidate meets the qualifications for eligibility to the Office of President under the Constitution. 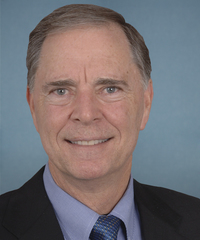 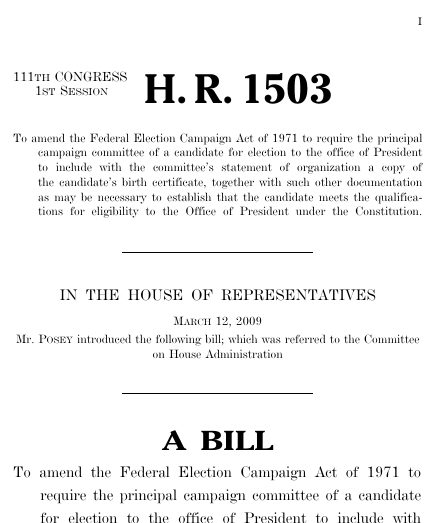 This bill was introduced on March 12, 2009, in a previous session of Congress, but it did not receive a vote.

Bills numbers restart every two years. That means there are other bills with the number H.R. 1503. This is the one from the 111th Congress.

To amend the Federal Election Campaign Act of 1971 to require the principal campaign committee of a candidate for election to the office of President to include with the committee’s statement of organization a copy of the candidate’s birth certificate, together with such other documentation as may be necessary to establish that the candidate meets the qualifications for eligibility to the Office of President under the Constitution, H.R. 1503, 111th Cong. (2009).