To increase public safety by permitting the Attorney General to deny the transfer of a firearm or the issuance of firearms or explosives licenses to a known or suspected dangerous terrorist. 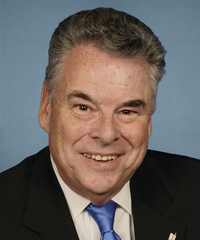 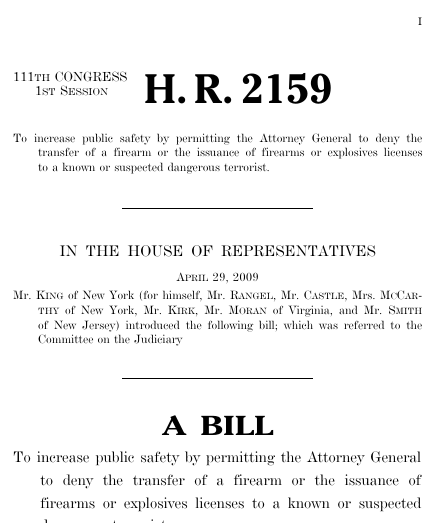 This bill was introduced on April 29, 2009, in a previous session of Congress, but it did not receive a vote.

Bills numbers restart every two years. That means there are other bills with the number H.R. 2159. This is the one from the 111th Congress.