To provide that appropriated funds may not be used to pay for any salaries or expenses of any task force, council, or similar office which is established by or at the direction of the President and headed by an individual who has been inappropriately appointed to such position (on other than an interim basis), without the advice and consent of the Senate. 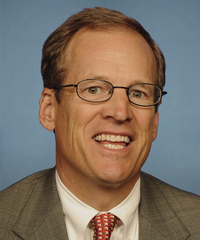 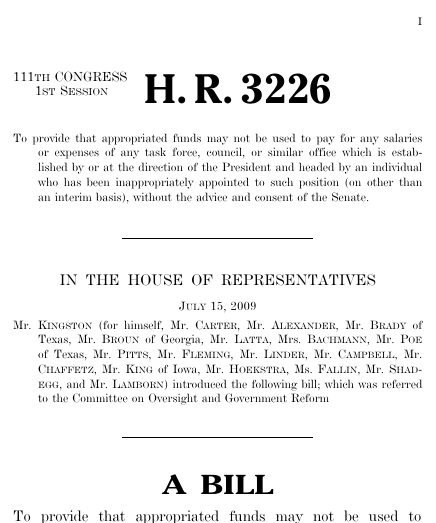 This bill was introduced on July 15, 2009, in a previous session of Congress, but it did not receive a vote.

Bills numbers restart every two years. That means there are other bills with the number H.R. 3226. This is the one from the 111th Congress.