H.R. 3285 (111th): To amend that portion of title 28, United States Code, commonly called the Tort Claims Act, in order to assure that individuals accompanying Federal employees who are engaged in missions for the United States Government in foreign countries have legal recourse against the Government for certain tort claims, and for other purposes. 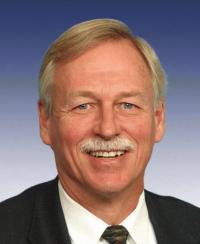 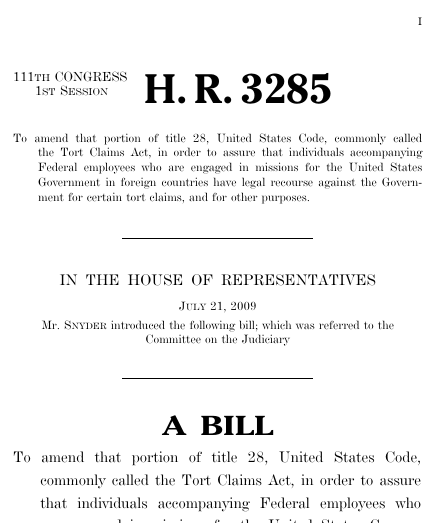 This bill was introduced on July 21, 2009, in a previous session of Congress, but it did not receive a vote.

Bills numbers restart every two years. That means there are other bills with the number H.R. 3285. This is the one from the 111th Congress.

To amend that portion of title 28, United States Code, commonly called the Tort Claims Act, in order to assure that individuals accompanying Federal employees who are engaged in missions for the United States Government in foreign countries have legal recourse against the Government for certain tort claims, and for other purposes, H.R. 3285, 111th Cong. (2009).