H.Res. 1054 (111th): Commending and congratulating the University of West Alabama on the occasion of its 175th anniversary. 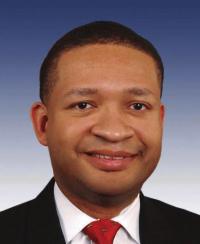 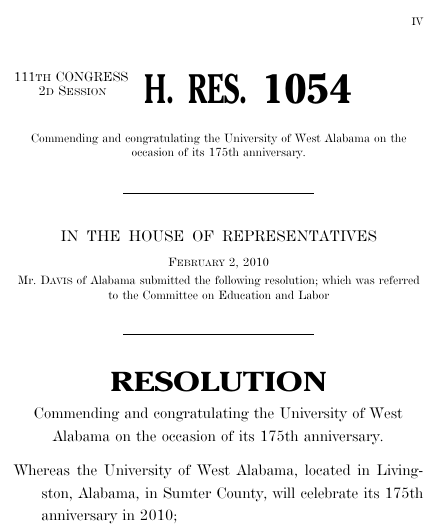 This resolution was introduced on February 2, 2010, in a previous session of Congress, but it did not receive a vote.

Resolutions numbers restart every two years. That means there are other resolutions with the number H.Res. 1054. This is the one from the 111th Congress.

This simple resolution was introduced in the 111th Congress, which met from Jan 6, 2009 to Dec 22, 2010. Legislation not enacted by the end of a Congress is cleared from the books.

GovTrack.us. (2020). H.Res. 1054 — 111th Congress: Commending and congratulating the University of West Alabama on the occasion of its 175th anniversary. Retrieved from https://www.govtrack.us/congress/bills/111/hres1054