A bill to direct the Secretary of the Treasury to establish a program to regulate the entry of fossil carbon into commerce in the United States to promote clean energy jobs and economic growth and avoid dangerous interference with the climate of the Earth, and for other purposes. 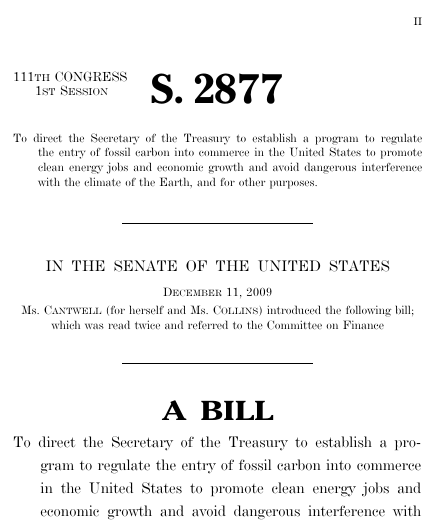 This bill was introduced on December 11, 2009, in a previous session of Congress, but it did not receive a vote.

Bills numbers restart every two years. That means there are other bills with the number S. 2877. This is the one from the 111th Congress.