S. 3128 (111th): A bill to amend the Richard B. Russell National School Lunch Act to ensure the categorical eligibility of foster children for free school lunches and breakfasts. 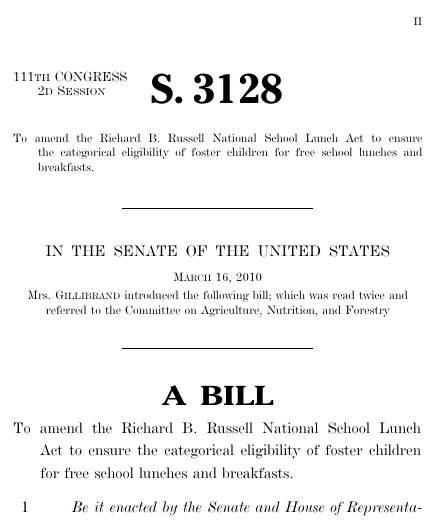 Bills numbers restart every two years. That means there are other bills with the number S. 3128. This is the one from the 111th Congress.

A bill to amend the Richard B. Russell National School Lunch Act to ensure the categorical eligibility of foster children for free school lunches and breakfasts, S. 3128, 111th Cong. (2010).