S. 3721 (111th): A bill making emergency supplemental appropriations for border security for the fiscal year ending September 30, 2010, and for other purposes. 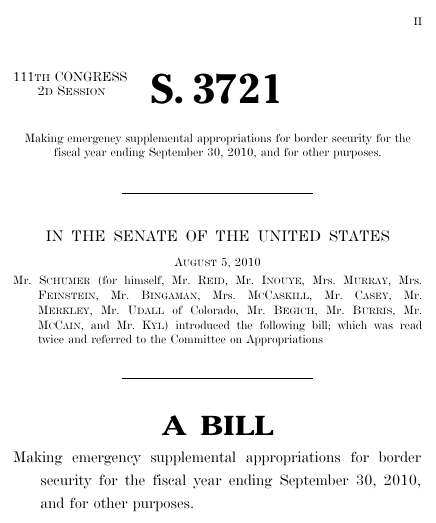 H.R. 6080: Making emergency supplemental appropriations for border security for the fiscal year ending September 30, 2010, and for other purposes.
Enacted — Signed by the President on Aug 13, 2010. (compare text)
Source
Congress.gov

Bills numbers restart every two years. That means there are other bills with the number S. 3721. This is the one from the 111th Congress.

A bill making emergency supplemental appropriations for border security for the fiscal year ending September 30, 2010, and for other purposes, S. 3721, 111th Cong. (2010).