A bill to authorize appropriations of United States assistance to help eliminate conditions in foreign prisons and other detention facilities that do not meet minimum human standards of health, sanitation, and safety, and for other purposes. 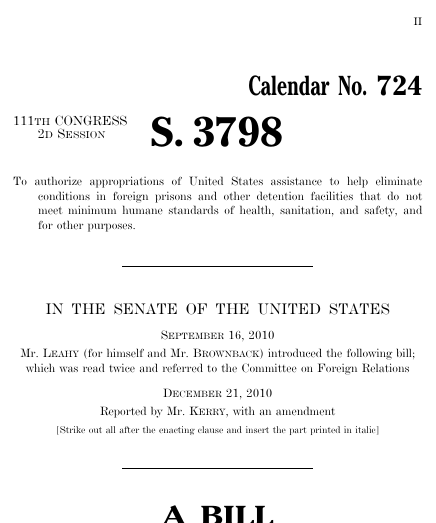 This bill was introduced on December 14, 2010, in a previous session of Congress, but was not enacted.