To repeal the Patient Protection and Affordable Care Act and the Health Care and Education Reconciliation Act of 2010 and to take meaningful steps to lower health care costs and increase access to health insurance coverage without raising taxes, cutting Medicare benefits for seniors, adding to the national deficit, intervening in the doctor-patient relationship, or instituting a government takeover of health care. 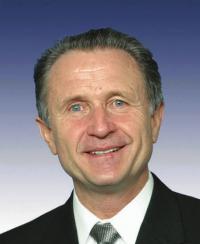 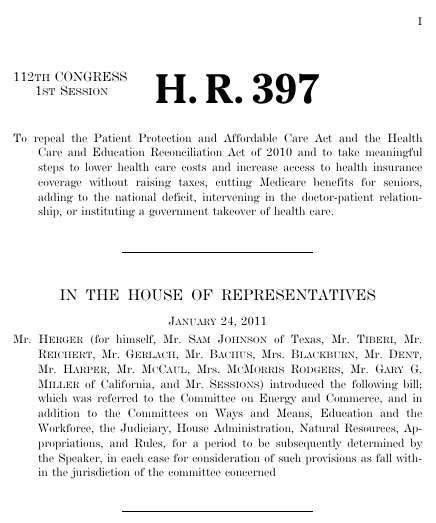 This bill was introduced on January 24, 2011, in a previous session of Congress, but it did not receive a vote.

Bills numbers restart every two years. That means there are other bills with the number H.R. 397. This is the one from the 112th Congress.