To approve the settlement of water rights claims of the Navajo Nation, the Hopi Tribe, and the allottees of the Navajo Nation and Hopi Tribe in the State of Arizona, to authorize construction of municipal water projects relating to the water rights claims, to resolve litigation against the United States concerning Colorado River operations affecting the States of California, Arizona, and Nevada, and for other purposes. 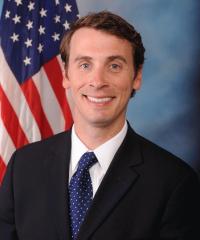 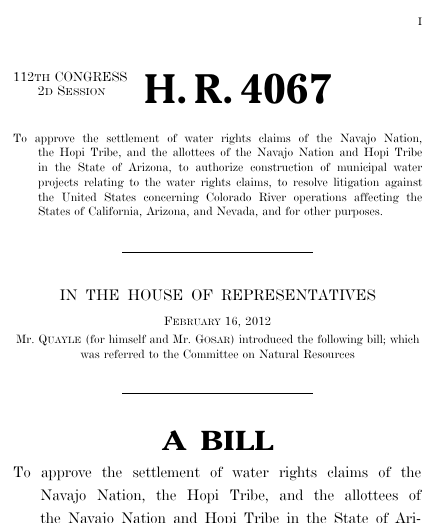 This bill was introduced on February 16, 2012, in a previous session of Congress, but it did not receive a vote.

Bills numbers restart every two years. That means there are other bills with the number H.R. 4067. This is the one from the 112th Congress.