S. 1527 (112th): A bill to authorize the award of a Congressional gold medal to the Montford Point Marines of World War II. 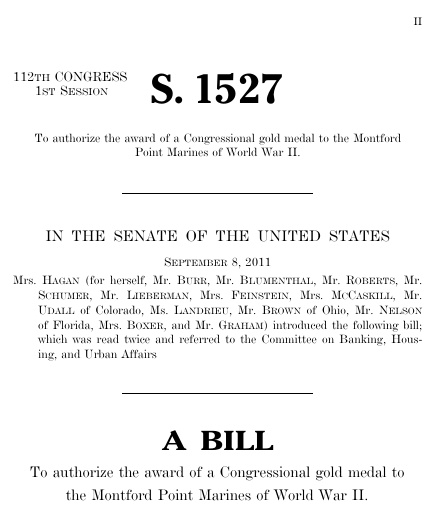 H.R. 2447: To grant the congressional gold medal to the Montford Point Marines.
Enacted — Signed by the President on Nov 23, 2011. (compare text)
Cosponsors

Bills numbers restart every two years. That means there are other bills with the number S. 1527. This is the one from the 112th Congress.