For these purposes, is the pandemic analogous to the 2001 terrorist attacks? May 4, 2021

A bill to require the President to provide a report detailing the sequester required by the Budget Control Act of 2011 on January 2, 2013. 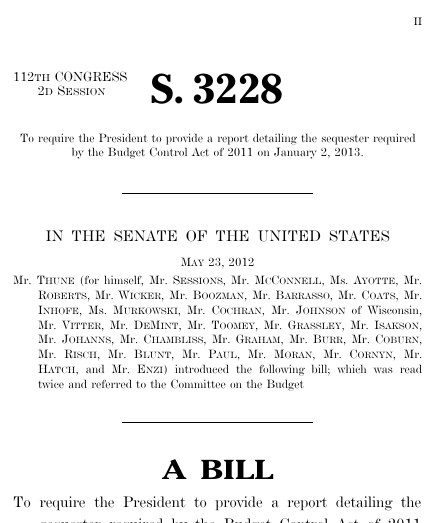 Bills numbers restart every two years. That means there are other bills with the number S. 3228. This is the one from the 112th Congress.