A bill to authorize the Assistant Secretary of Homeland Security (Transportation Security Administration) to modify screening requirements for checked baggage arriving from preclearance airports, and for other purposes. 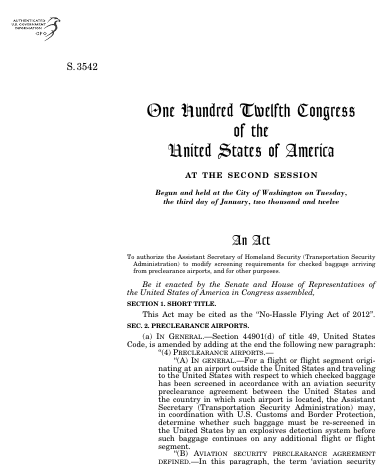 This bill was enacted after being signed by the President on December 20, 2012.

Bills numbers restart every two years. That means there are other bills with the number S. 3542. This is the one from the 112th Congress.