A bill to amend title IV of the Social Security Act to require States to implement policies to prevent assistance under the Temporary Assistance for Needy Families (TANF) program from being used in strip clubs, casinos, and liquor stores. 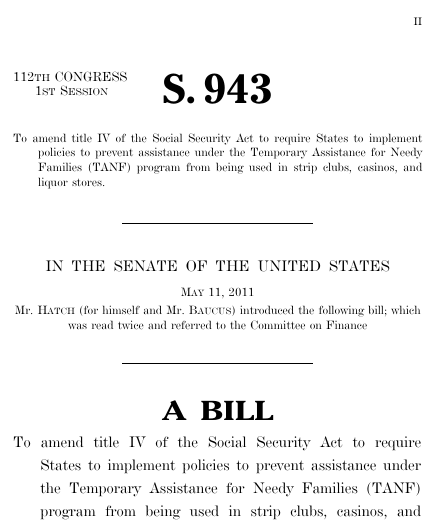 Bills numbers restart every two years. That means there are other bills with the number S. 943. This is the one from the 112th Congress.