S.Res. 359 (112th): A resolution commending Alan S. Frumin on his service to the United States Senate. 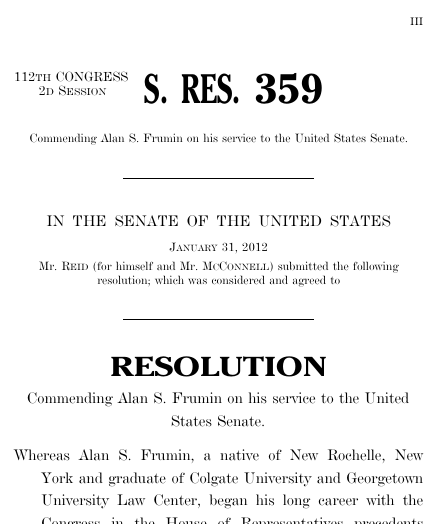 Resolutions numbers restart every two years. That means there are other resolutions with the number S.Res. 359. This is the one from the 112th Congress.