H.Con.Res. 103 (113th): Authorizing the use of the Capitol Grounds for the District of Columbia Special Olympics Law Enforcement Torch Run. 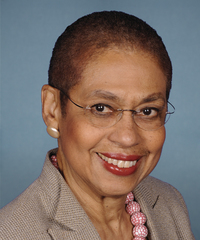 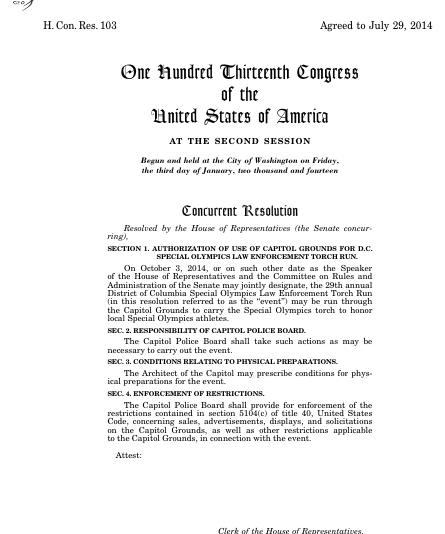 H.Con.Res. 103 (113th) was a concurrent resolution in the United States Congress.

Resolutions numbers restart every two years. That means there are other resolutions with the number H.Con.Res. 103. This is the one from the 113th Congress.

GovTrack.us. (2021). H.Con.Res. 103 — 113th Congress: Authorizing the use of the Capitol Grounds for the District of Columbia Special Olympics Law ... Retrieved from https://www.govtrack.us/congress/bills/113/hconres103

Authorizing the use of the Capitol Grounds for the District of Columbia Special Olympics Law Enforcement Torch Run, H.R. Con. Res. 103, 113th Cong. (2014).