To require the Secretary of the Interior to conduct an assessment of the capability of the Nation to meet our current and future demands for the minerals critical to United States manufacturing and agricultural competitiveness and economic and national security in a time of expanding resource nationalism, and for other purposes. 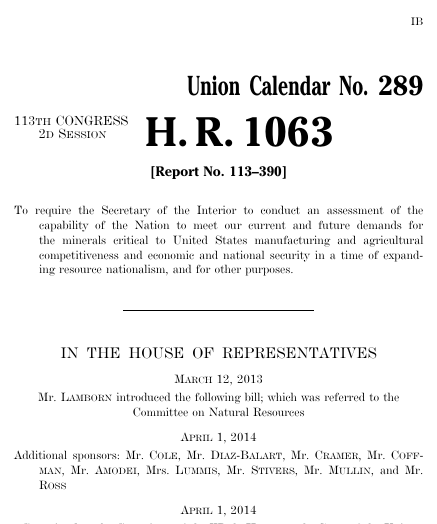 Bills numbers restart every two years. That means there are other bills with the number H.R. 1063. This is the one from the 113th Congress.